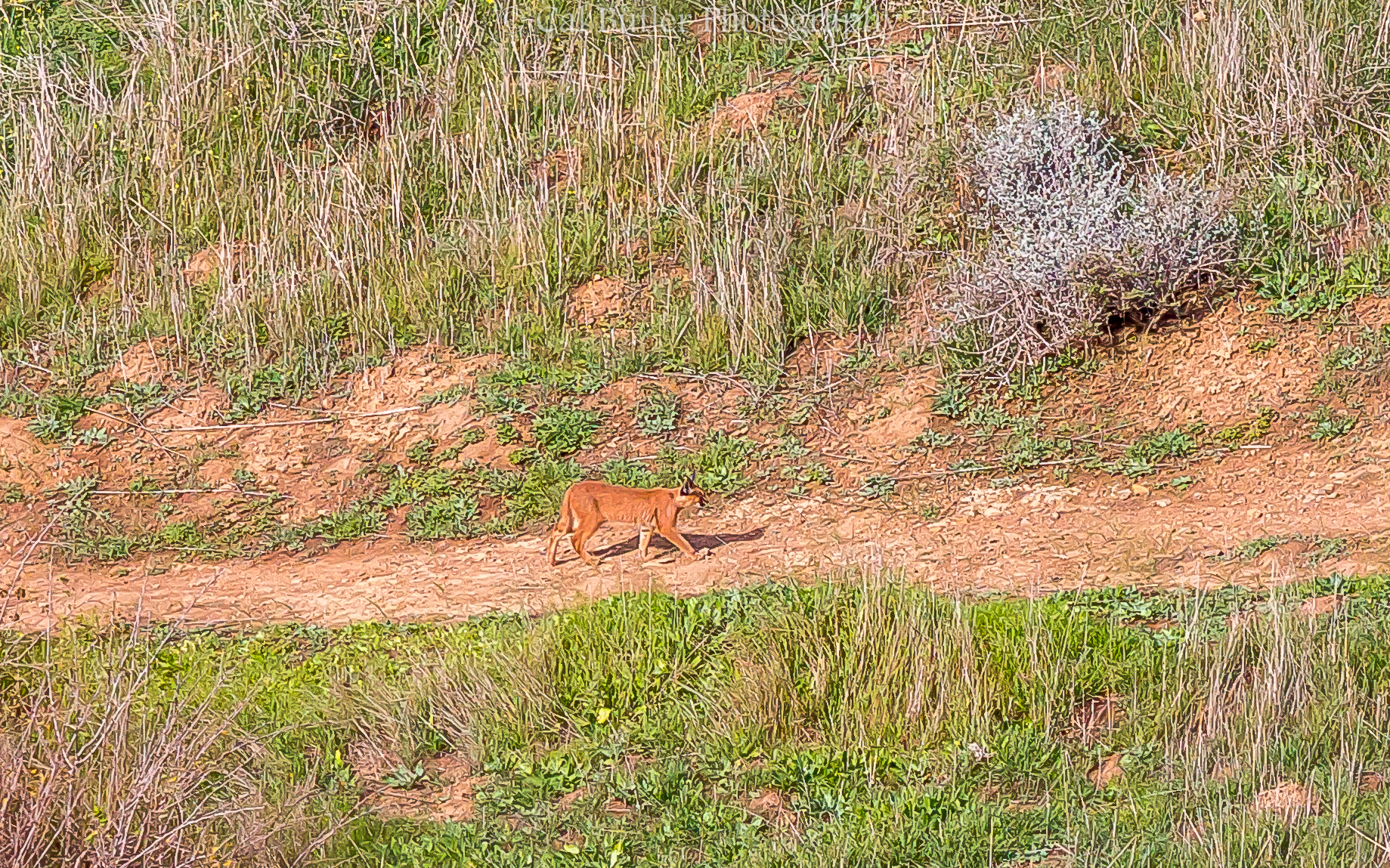 Trying to spot elusive wildlife is often a frustrating undertaking. Even more so when you’ve already seen tell-tale signs that they’re in the vicinity.

On Sunday I made my way to Tygerberg Nature Reserve in Cape Town. My aim was to visit the nesting site of the resident Jackal Buzzards and see if I could get some nice photos again. It was already mid-day and luck was not on my side, or so it seemed.

I had positioned myself behind a bush for around 20 minutes. It did not seem as if the raptors were going to arrive anytime soon. I started scanning the veld for something interesting. Quite a distance away, on the opposite hill, was a gravel trail. For some reason my eyes kept scanning the pathway. Then all of a sudden it seemed as if the path started moving.

A moving gravel path? Surely not. Again I saw the slightest movement on the pathway. I was still looking at the land without binoculars or through my camera’s view finder. I had to investigate further.

I lifted my camera and scanned the area where I imagined the ground to be moving. Finally this all made sense. I managed to spot a figure moving rather confidently along the pathway. I wasn’t sure if my eyes were deceiving me. It wasn’t a dog, and far too small to be one of the buck in the reserve.

Was it what I had been hoping to see for so long? Could it be the owner of some paw prints I discovered a few weeks earlier? 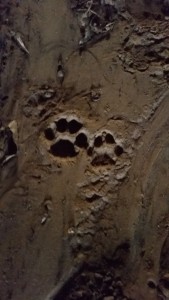 I couldn’t believe my eyes. In the middle of the day, walking on an unobstructed walkway, was an adult Caracal (Rooikat). Not in my wildest dreams did I expect to actually see one in this reserve. Being so far away, it couldn’t see me watching it. The caracal proceeded to entertain me with a quick dust bath, a stretch on a nearby bush and even looked at some joggers who unknowingly jogged right past it. 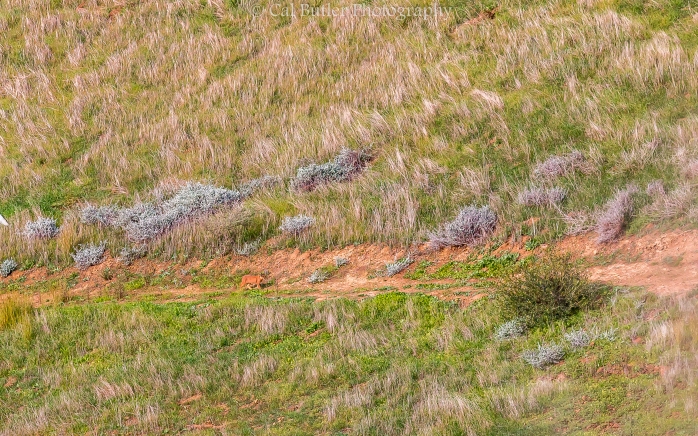 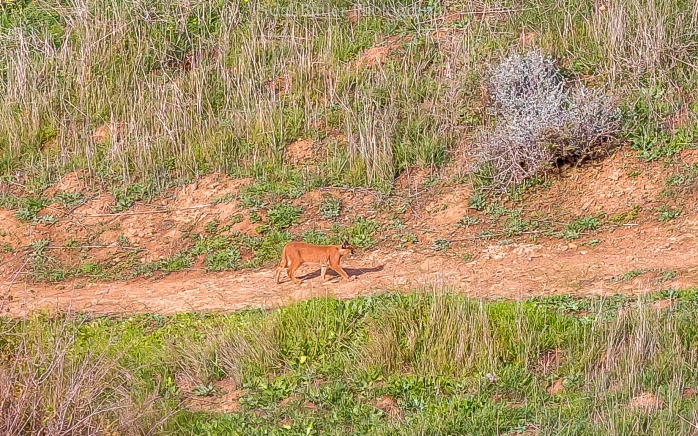 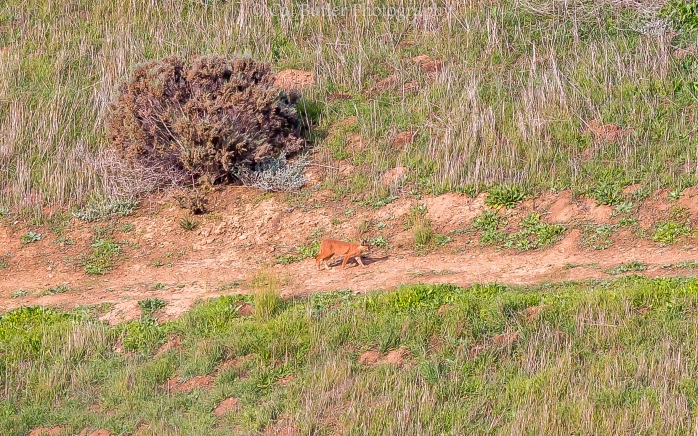 I was sure that it would bolt when the joggers came close, but it was completely relaxed. The feline slowly made its way up the hill and eventually disappeared into the bushes. 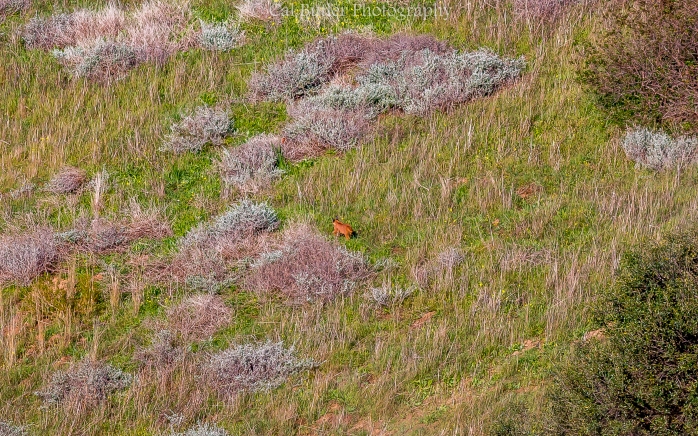 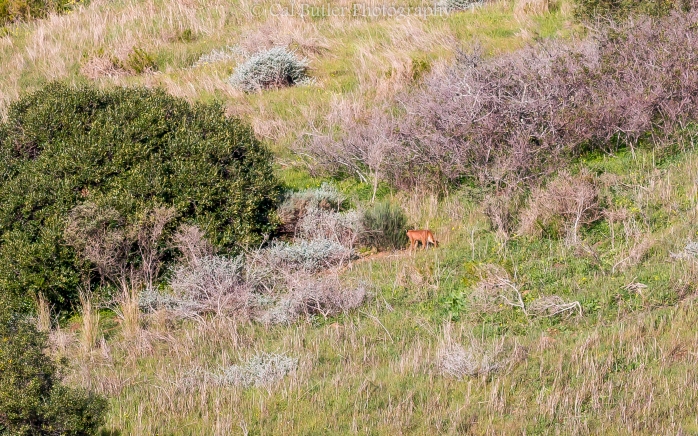 This is without a doubt the most special sighting I’ve had the privilege of witnessing.

2 Comments on “The elusive day walker”