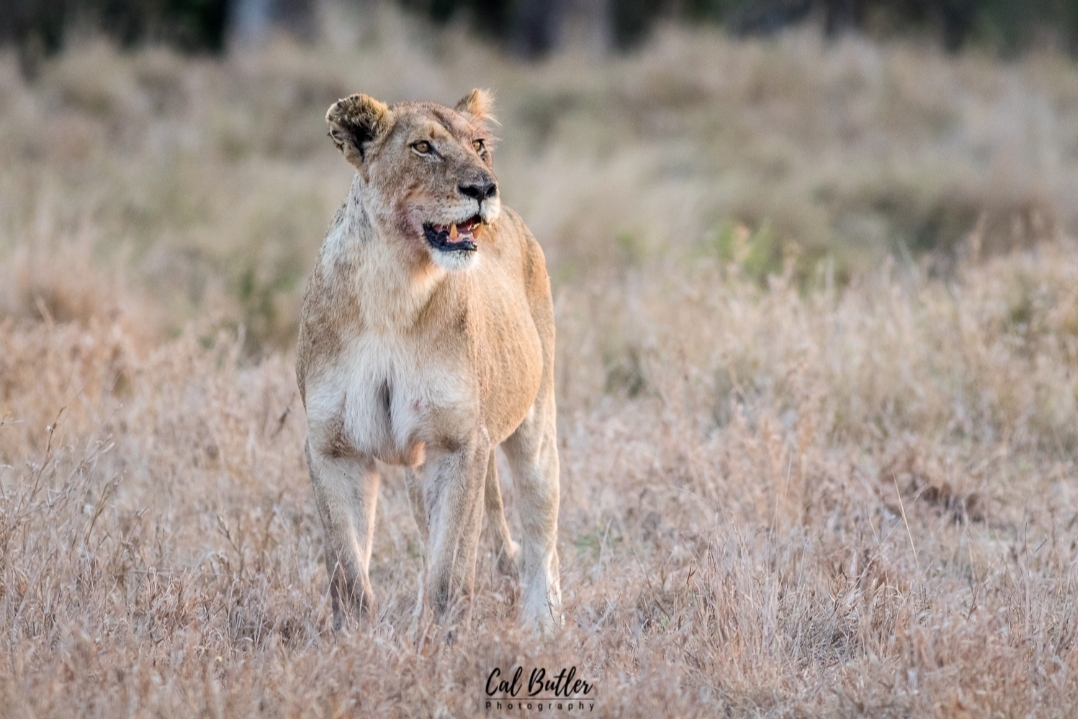 If there is one road in the Kruger National Park that is synonymous with lion viewing, it would have to be the S100 close to Satara rest camp.

The S100 is one of the gravel roads to the south of the camp and runs East-West hugging a winding river bed. On the other side of the road the vegetation is mostly open grassland and allows for easy game viewing.

I recently visited the area with my family and we could not have asked for a more spectacular wildlife encounter. We set out on a short afternoon drive, hoping for a bushveld sunset before slipping back into camp. We decided to venture down the S100 hoping to get lucky with some cats. We had some spectacular elephant sightings amongst some other general game species. The clock was ticking and we had to turn around to make it back before gate closure.

By the time we had made a U-turn, the temperature already started to drop a little. The sun sat lower on the horizon and a gentle hue started to develop. We bypassed the elephant herd from before. Then, not long afterwards, my dad proclaimed “a lion!”

We saw a lioness emerge from the river bed and she made her way through the thickets out into an open clearing. She stood for a moment, scanned the environment and then settled down close to where we were stationed. This alone would have been an amazing experience. Then, another lion emerged.

As soon as the second lion made its way I knew the whole pride would follow. My instincts were right and one by one they all strolled in. At this point the sun was setting and the light took on a whole new dimension. Dust and fire smoke on the horizon created the most spectacular filter through which the sun would change colour.

Each pride member followed the other and they all decided to lay down a few meters away from the vehicle. I could hear a few nervous chuckles from the back seats.

I was hoping and expecting a large male to join the pride and before I could blink again, the king of the jungle made his appearance. There was just a slight movement in the air and this just caught the edges of his mane.

It was like a scene from a documentary and we could not have asked for a more spectacular lion encounter from the Kruger! As the sun turned deep red we knew it was time and we had to return to camp.

Have you had any success with lions along the S100?