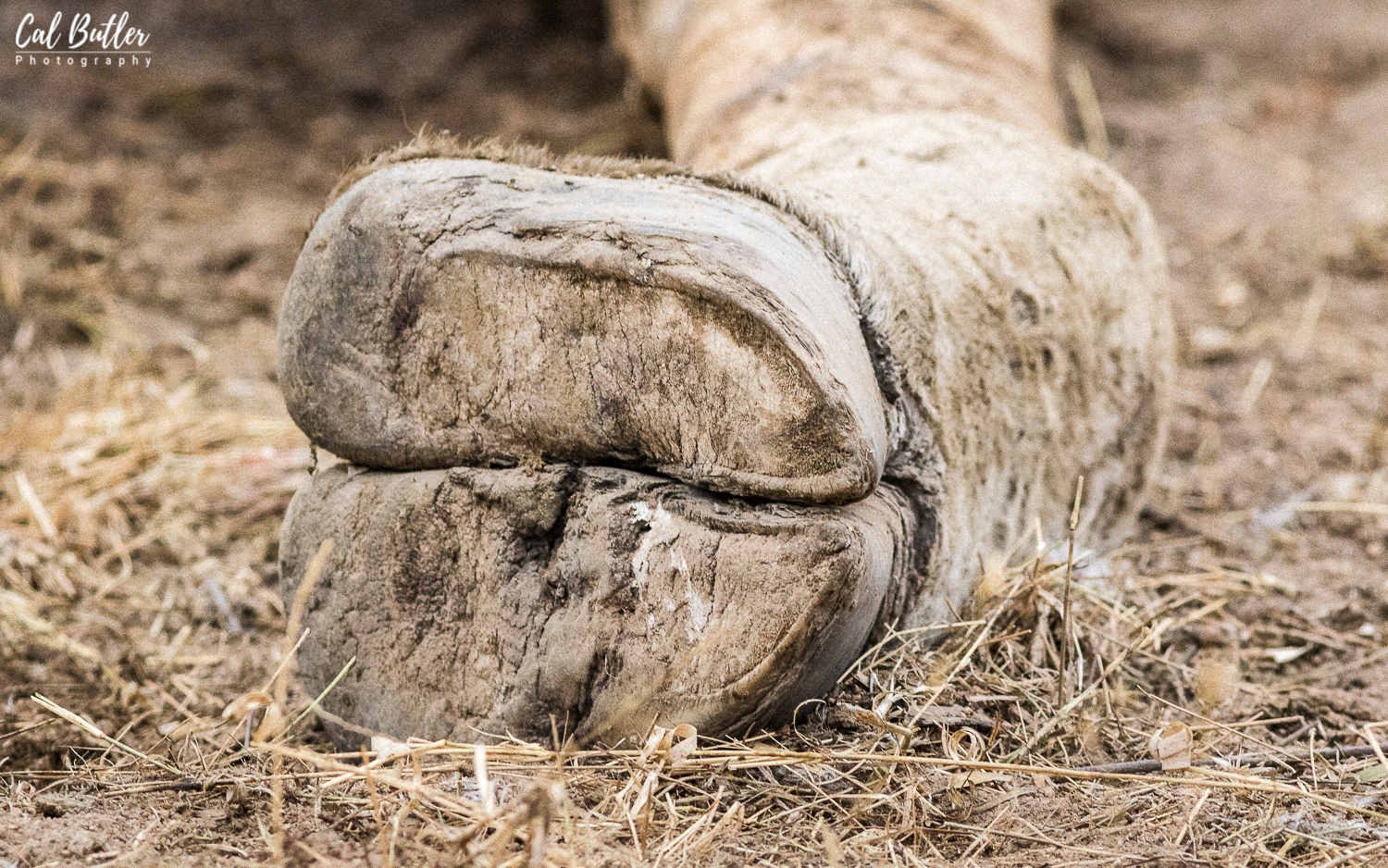 Seeing vultures or other birds of prey perching during overcast conditions are not uncommon. However, when you find around 40 jostling frantically for their position in the tree tops there’s bound to be something happening below.

I made my way through the block to investigate. I was pleasantly surprised to see why the vultures were so active.

There had been an old giraffe circling the area over the past few weeks. I have no idea if something killed this male or if it was simply the end of his time. When I arrived there were many hyena lazing about with stomachs sated.

There was a single hyena testing his strength with the leg bone. It seemed to be a struggle even for the jaws of the hyena. 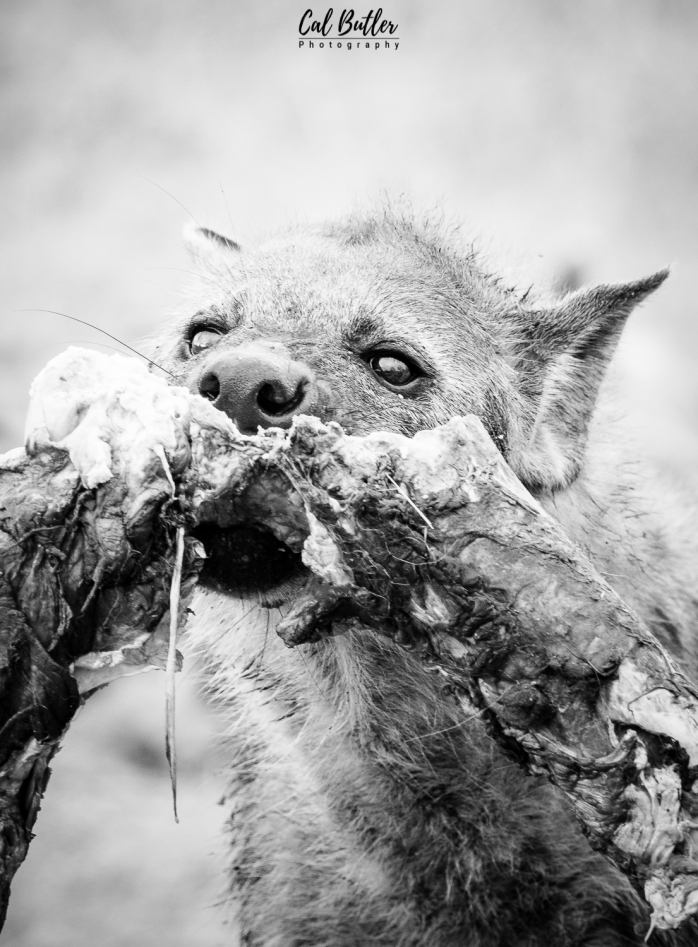 A young hyena woke up from its slumber. It just resumed feeding when it spotted some vultures moving in closer to the kill. 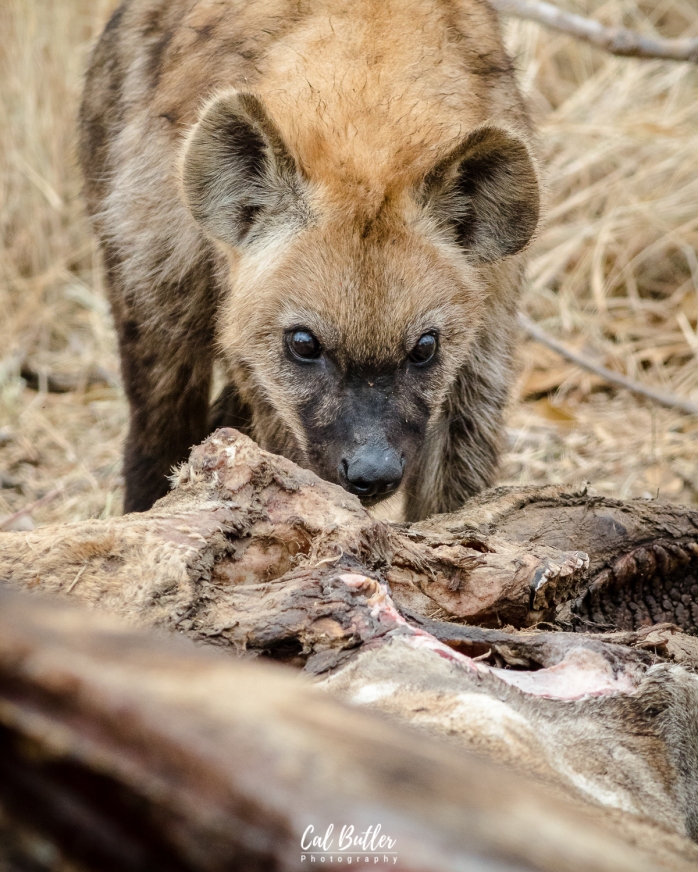 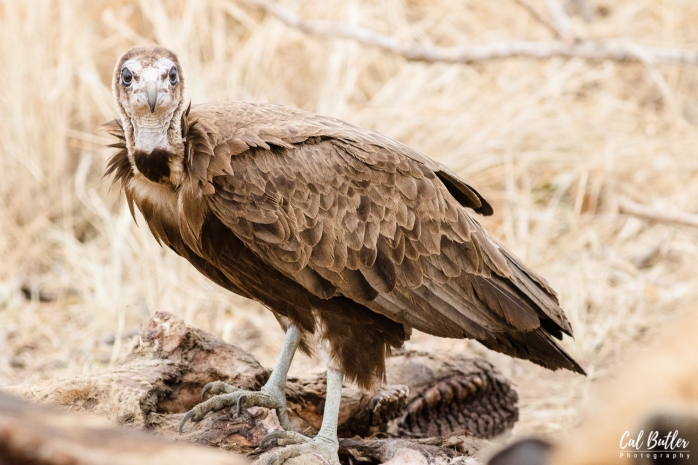 The young one took the opportunity to turn chasing vultures into a game. It kept running, almost hopelessly, at the vultures but they saw him coming from afar.

Eventually the little pup gave up and went to lay down in the shade again once the clouds broke and the morning started to heat up.