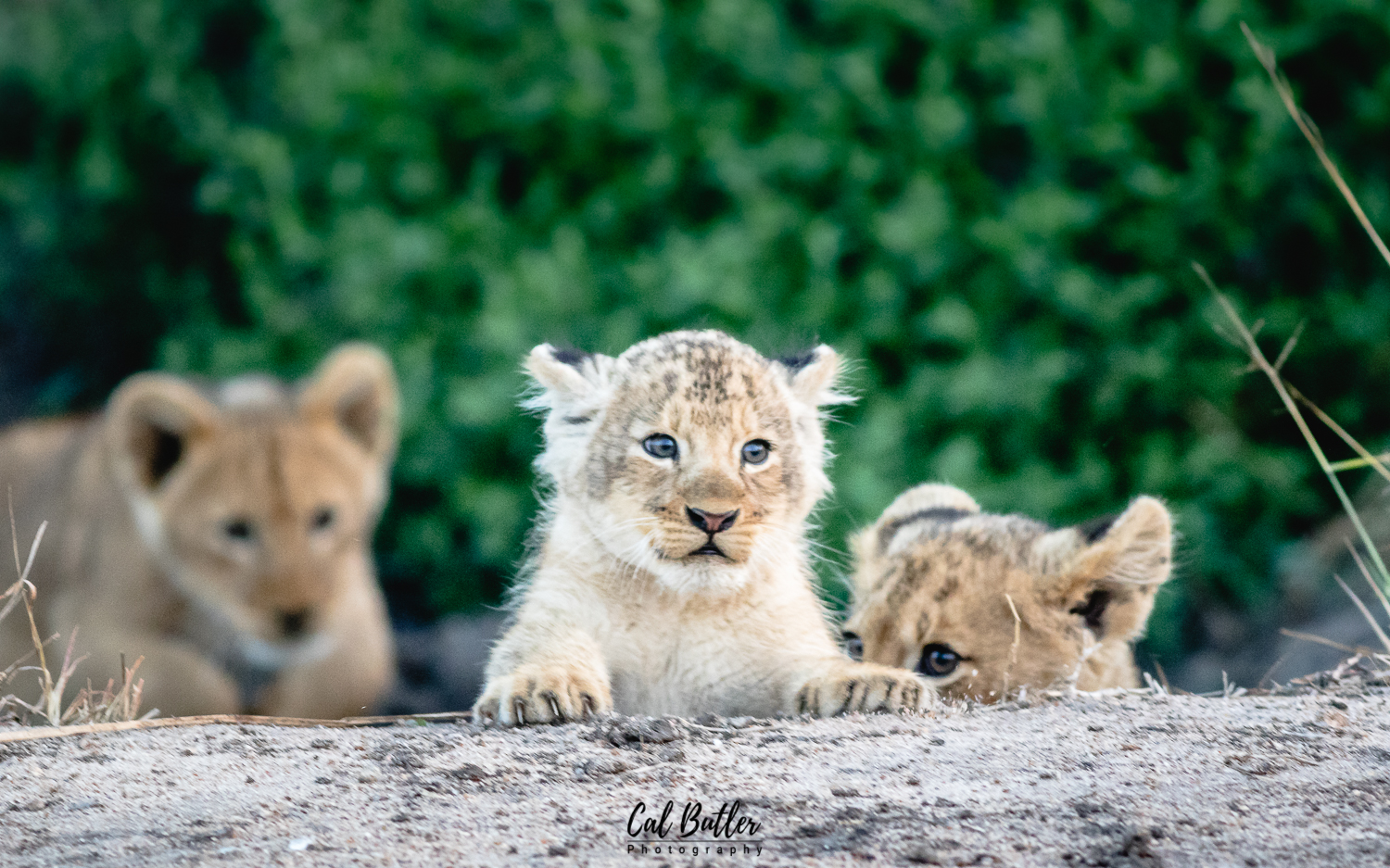 Waking up to the sound of a lion’s roar, echoed by a few other roars, is one of the best ways to get your day started.

A few nights back the three Tumbela male lions and the Othawa lion pride came to visit the lodge. The stillness of the night was constantly interrupted with the territorial vocalization of the resident lion pride and male coalition.

When day break finally arrived I was greeted with a thick wall of mist. I could hardly see anything in front of me as I brought the game vehicle around to the lodge.  As my guests and I patiently waited for the sun to rise, waking up with some dark roasted coffee, we listened to the enthusiastic calls resonating through the impenetrable mist.

As we listened to this iconic African sound, it was obvious that the lions were lying at the base of Leopard Hills camp, perhaps even at the watering hole below. As soon as it was light enough we went out to investigate.

Our listening skills served us well and as we neared the watering hole, through the dense mist, we started to see the shapes of lions not far off. As we arrived we were treated to a phenomenal sight. The Tumbela boys and the Othawa females had brought their cubs along.

These little lion cubs were full of energy and playtime had just begun. As if their cuteness was not enough, these tiny felines decided to put on a show. The adults all gave one final roar for the morning and the cubs decided that they would join in. The little squeaks and growls that came from their mouths was something to behold.

As the mist started to dissipate and visibility improved, so did the curiosity of the lion cubs. They finally started running around, tackling each other and jumping all over their moms.

At this point I could only see four of the youngsters. This was a little concerning at first as there should have been six cubs. Two of the Othawa females have three cubs each. The two litters are a few weeks apart and the size difference between the two litters is quite evident. I was pretty sure that the missing two would not be far off and that they probably just lagged behind and fell asleep in a thicket along the way.

Once the cubs managed to spend a little bit of their energy, one of the lionesses decided to get up and go look for the other two cubs. The rest of the pride rose and decided to join her. The youngsters decided to test out their sprinting skills and suddenly darted across the clearing to see who could reach the lioness first.

Watching a lion pride interact with each other and strengthen their social bonds is such a heart-warming experience. The cubs will try their very best at playfully hunting the other pride members. The adults allow their antics, but also very quickly let them know who is still boss.

They started moving towards a deep river system and I decided to let them head off in search of the missing two. I got news later on that all six cubs were reunited with the adults and that all is well.