Scaly, leathery and prehistoric is one of many words that one might like to use to describe a reptile. The lowly Water Monitor is no exception to this description.
After spending an exhilarating 6 months in the Lowveld bush preparing to be a ranger, I have finally started working at Karongwe Private Game Reserve. Amongst the innumerable fun filled activities that come with being a ranger, I too enjoy some time off. This is often spent sitting, appreciating the sounds and silence, at a little waterhole close to my camp.

By now I have realised and firmly believe that patience is a virtue.

One afternoon I headed down to my oasis. After not waiting too long, I heard a soft rustle in the bushes that cover the northern waters edge. Out of the coverage a water monitor emerged. 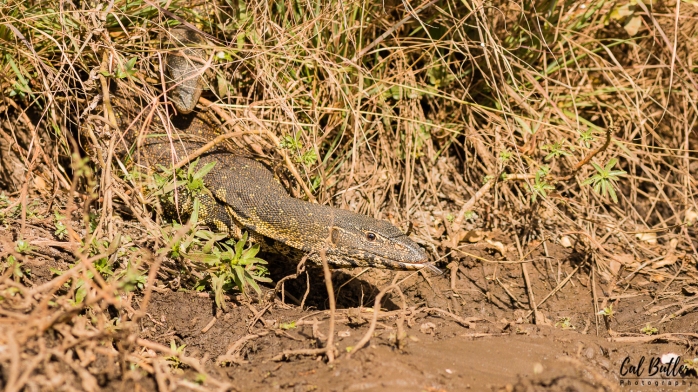 Not only did she reveal herself, but she also carried with her a passenger. I have not had a lot of experience with these reptiles yet and thought this behavior to be strange. The smaller lizard made a concerted effort not to dismount the larger female as she moved around. 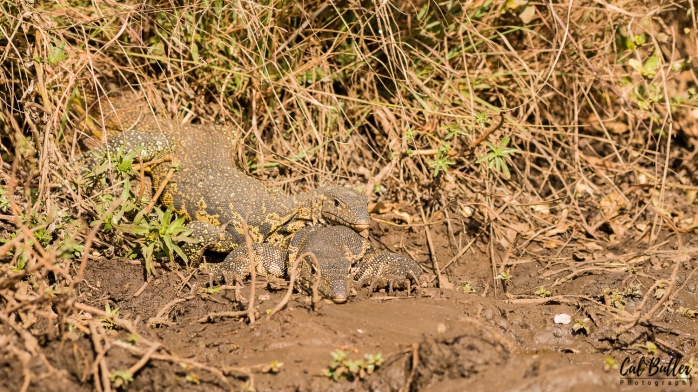 After moving sluggishly for approximately a meter, the female ceased movement. By watching the insistent behaviour of the male, I surmised that they were about to mate.

The male shifted his position atop his companion. In one swift motion he instinctively whipped her tail sideways with his. What ensued seemed like the makings of a lovers’ embrace. However, judging the relationship carefully it seemed as if all the effort and gusto he had put into the activity was in vein. She simply lay there, counting down the minutes until she could peacefully bask in the sun. 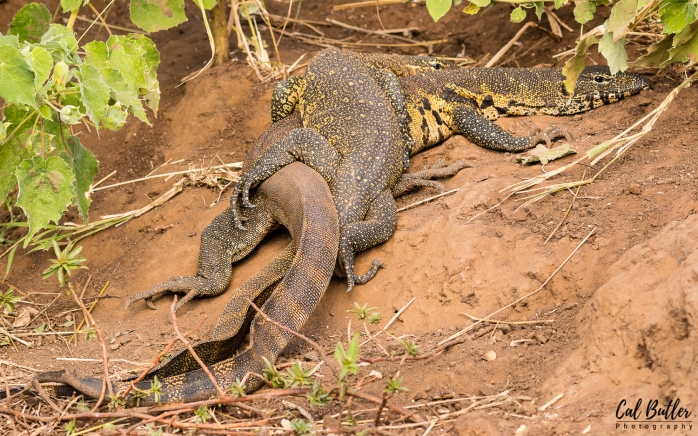 Soon afterwards they dismounted. He proceeded to enjoy a lengthy swim while she continued, not surprisingly, to laze around in the afternoon sun.