Meet Thlangisa and her cubs 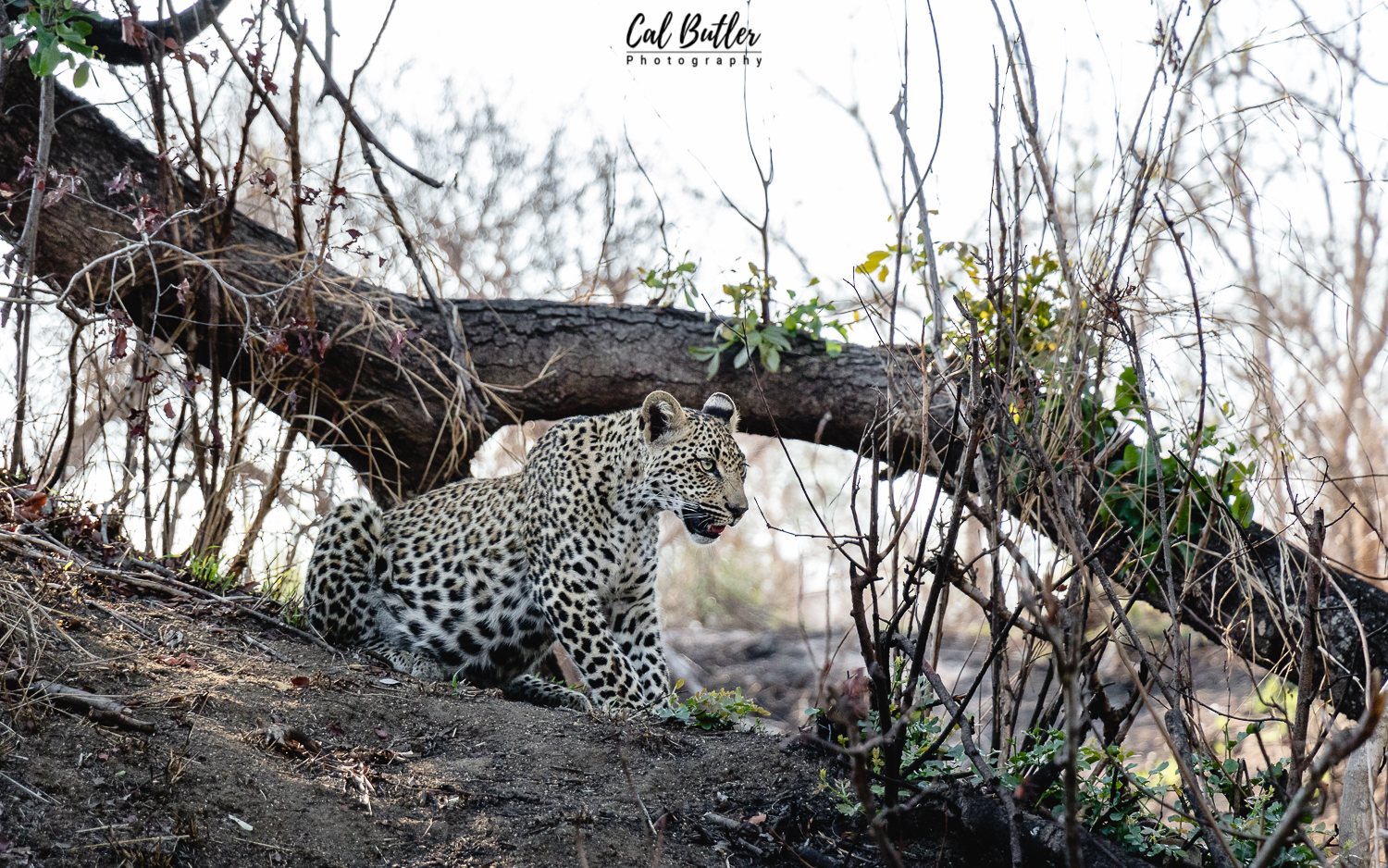 As you move along the northern section of the infamous, tree lined Sand River and a small section to the south there of, it is worth keeping your eye out for “The Playful One”.

One of the most relaxed female leopards that I have ever encountered resides in this picturesque area. Her name is Thlangisa and she was named after her immensely playful nature as a youngster.

This gorgeous female leopard was born in April 2009. Besides her age and the unique territory that she has crafted for herself, she is easily recognisable with her distinctive 3:4 spot pattern.

To date Thlangisa has produced six litters. Half of these litters have been raised successfully. The sister duo, Basile and Khokovela, is Thlangisa’s first and most well known litter. She has also raised Sasekile (eventually killed by Nyelethi) and Thlangelani (moved out of the area).

Thlangisa is at it again and is currently raising a brother and sister duo. These two little cubs are adorable and they are both stealing the show. They too have inherited their mother’s playful nature and I have not had a dull moment with them yet.

I recently enjoyed a sighting with these three leopards just after they feasted on an impala. When I arrived on the scene all I could see was full bellies and tired eyes. I sat patiently and eventually the two little ones could not resist playing around. First order of business was to take care of mom. They groomed ticks off hard to reach places and once the duty was complete, a game of tag ensued.

The cute cubs are at the age where they constantly engage in playful combat. This is one of the ways in which they learn to defend themselves. Stealthily stalking their sibling is a vital way to hone in on their hunting skills.

Mom decided that watching her offspring’s spirited antics was far too tiring so she proceeded to ascend the tree where she had stored the remains of the impala carcass.

The little ones eventually settled down and decided to climb up the tree for safety and proceeded to enjoy a much needed late morning nap.

6 Comments on “Meet Thlangisa and her cubs”